Antivirus software seems to be indispensable for both home users and companies.However, users have begun to question the need for antivirus software, even on computers running Windows.

So, do you need antivirus software on your computer?What about your smartphone?What's the future of standalone antivirus suites? 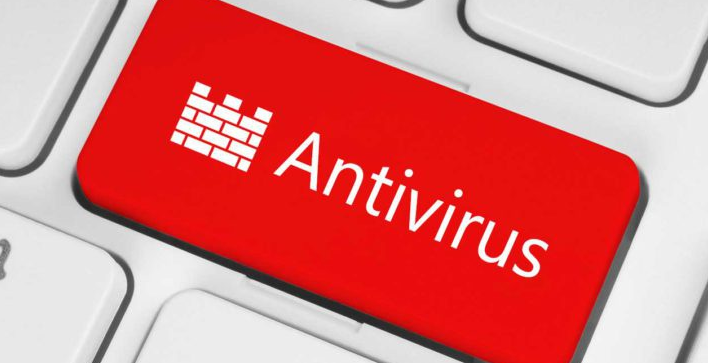 Why do you need antivirus software for your computer?

There is a very extensive online network, and now, most computers can communicate with each other.Everyone can send files, data and different content to each other.A computer or mobile device can download random content over the Internet.Technologies such as antivirus software are needed to control all these areas of potential vulnerability.

For example, you might download an .exe file or similar from the Internet and run it.This file may read critical data and leak online, encrypt files and demand a ransom, just like a ransomware pattern, or otherwise cause problems.Therefore, your computer must have a mechanism to distinguish good files from bad ones.That's what antivirus software does: spot the problem, alert you, and, in most cases, fix it.

Do you need antivirus software for your smartphone? Unlike computers, things work a little differently on smartphones.In particular, iOS is more sensitive to malware and viruses than some operating systems.

As Apple often warns, if you're going to download software, you'll need to use the App Store to do so, because software in the App Store is audited.Additionally, you can get information about the developers of the software you downloaded here.This greatly reduces the chances of malware or viruses infecting your device.The same goes for Android -- you need to stay on the official Google Play store.

Also, the software you run on iOS rarely has OS-level permissions.This means that one software cannot read the data of another software.Imagine you downloaded a photo editing app; the app can't access your WhatsApp messages or banking apps.

Ultimately, it's up to you to decide whether your smartphone needs third-party antivirus software.They offer their own advantages, but as long as you don't jailbreak your phone, visit questionable websites, or download anything from unofficial sources, your smartphone already has the power to keep you safe.

Antivirus companies regularly add malware signatures to their databases.These databases are filled with tens of thousands of different signatures.

A good antivirus should easily detect malware released last week and malware released 10 years ago.In other words, when antivirus software encounters new software, it calculates its signature and compares it to a huge database of signatures.If no match is found, it considers the software safe.

For example, imagine that you are preparing an invite list.Instead of a guest list of 10 people, you're doing an uninvited list of 999,990 people.You check invitees from the uninvited list, and if you can't find that person on it, you allow them in.This is a waste of time and resources.The same goes for antivirus software, so to speak.The list of uninvited malware in the database grows every day.Therefore, this approach may not be sustainable.

They create an additional attack surface

Antivirus software, like all other software technologies, consists of code.Therefore, there are certain security flaws.Even reputable antivirus software vendors are vulnerable to major flaws such as remote code execution.Even though such software is frequently tested and updated, the risks cannot be ignored.

Many antivirus programs send some files from your device to their servers.The goal here is to perform a more detailed analysis of these files.This can be dangerous if you are doing a job that requires a high degree of secrecy. Also, most antivirus software keeps an eye on your HTTPS traffic by essentially man-in-the-middle (MITM) attacks.While they do this to detect malicious sites, it's an odd stance from a privacy standpoint.

Antivirus companies spend large budgets on securing their databases and keeping them updated daily.If you're a company with hundreds or thousands of computers, you may have to pay a small fee for an antivirus license.It's a troubling situation for companies that already have budget problems.

Do you need an antivirus suite?

So how can you stay safe? iOS mode seems to be more secure than other operating systems; the same goes for Macs.You can take Apple's cybersecurity philosophy and extend it to your broader approach to staying safe.

For example, you should only download software from supervised app stores.If the device you're using is a business computer, you probably don't even need to use the App Market.A limited amount of necessary software such as web browsers, text editors and office programs should already be installed.If so, you or your company can simply apply the whitelist approach instead of the blacklist approach.In this case, you don't necessarily need anti-virus software, as only the limited software you allow will work.However, if you'd rather be safe than sorry, then use antivirus too.

What will happen in the future?

The problem is, vulnerabilities exist in everything.If a "safe" operating system were developed, vulnerabilities would still be discovered.So, for a while, we're all going to have to rely on antivirus software.

Address of this article:https://www.kkgcn.com/8676.html
Copyright Notice:The article only represents the author's point of view, the copyright belongs to the original author, welcome to share this article, please keep the source for reprinting!
0People like
share it:
PREVIOUS:What is Starlink?How does satellite internet work?
NEXT:How does the Samsung Galaxy Trade-In Program work?