Are you tired of streaming music?While it's convenient, streaming also consumes your mobile data, which can be a pain if you have a lot of digital music.

If you want to enjoy offline music on your phone, there are many great apps for that purpose.Below are the best offline music player apps for Android, some of which you might not know.

Note that many popular music streaming apps, such as Spotify and YouTube Music, offer the ability to download music for offline playback.However, we won't include these here, as they are primarily built around streaming. 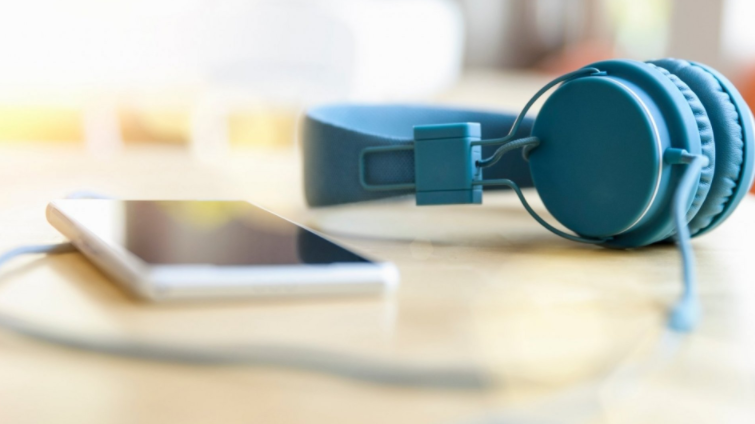 You can accept the benefits of a portable music player, but if you have a soft spot for smartphones, browse the mobile apps below, perfect for online and offline entertainment.And, you don't have to pay for a great listening experience.Let's take a look at the best free music player apps for Android first.

At first glance,AIMPFor a music player, it seems a bit simple.Flat interface design is in vogue, and AIMP's approach certainly follows this approach to presentation.Still, that's the whole point.This offline music app is straightforward; it plays your music without clutter or distraction.

It handles nearly all audio file types -- including lossy and lossless -- and comes with a 29-band equalizer, a rarity in music players.It can also mix multi-channel files into stereo and/or mono.Overall, if you can get over the bare interface, it's a great option that won't let you down.

jetAudio HD offers free and premium versions of Android Music Player.However, you get so much in the free version that most users won't need to upgrade.The only downside is that the free version is ad-supported, but they are not intrusive.As you can see from the screenshot, the ad lives at the bottom of the screen.

Here's what you get: a 32-band EQ with 10 presets, lossy and lossless support, effects like reverb and x-bass, playback speed control, automatic gain control, and more.

The Plus version comes with a 20-band EQ, built-in tag editor, more than a dozen widgets, and a few other handy features.

Rocket Music Player has been around for a while and has come a long way since its inception.The developers have fixed many bugs, improved performance, and expanded the feature set.

For free, you get a 10-band EQ with multiple presets, 30+ themes, a built-in tag editor, Chromecast support, a sleep timer, a neat playlist manager, and even podcast support .

Get premium apps to unlock gapless playback, replay gain, crossfading, tag editing, extended support for audio formats, and more.It's one of the best Android music players for a reason.

Phonograph is a very nice music player app.This is mainly because there are many built-in theme color sets; interface colors also dynamically change to match the content on the screen.

In terms of features, it's pretty standard, so don't expect a lot of bells and whistles.However, if you just want an easy listening experience that doesn't get in your way, Phonograph might be the offline music player app for you.

If the lighter options discussed so far aren't satisfactory, we recommend giving the Pixel Player a try.It's not as famous, but it's still pretty good for an Android music player.

While the Pixel only supports basic file formats, it has a five-band EQ with bass boost, gapless playback, a built-in tag editor, and some custom options like themes and colors.Most notably, the Pixel Player can analyze what you're listening to and recommend more music to suit your tastes.

A Pixel+ music player is also available.This will remove ads and unlock all features.

What Makes Impulse Music Player Different?It's designed to be a gesture-controlled music player, making it perfect for any situation where you're fully focused, such as while cooking or driving.

There's nothing gimmicky about this offline music player; it's powerful and definitely worth trying.Note that the free version of the app appears as "Music Player" on Google Play.The professional version is Impulse; both are developed by Appmetric.

Intuitive and lightweight are the differences that Shuttle Music Player enjoys compared to most other music apps.It feels smooth and works well on older devices.While there's nothing special about the interface, it's easy enough to use.

Blackplayeris the best free offline music player we've ever used.It's clean, modern, easy to use, simple to navigate, and feature-rich.You get a five-band equalizer, gapless playback, crawl support for services like last.fm, and a sleep timer.

The premium version of BlackPlayer EX has additional themes, fonts, additional settings to adjust, more ways to customize the experience, a visualizer, better categorization, and a first taste of all future features.For just a few dollars, it's well worth it.

MediaMonkeyis a great app for offline listening.It scans your local storage before adding music to your library, so after a quick setup, you should be ready to play your music.It supports a wide variety of file formats, including lossy and lossless files.

The app has the usual features you'd expect from an offline music player: track editing, equalizer, multiple navigation modes, and even a sleep timer.

MediaMonkey Pro allows you to sync via Windows.You can even set up your home computer as a music server from which mobile apps can stream.Do this at home and you won't eat up any of your mobile data because it works over your Wi-Fi network.This is another great option alongside the best Windows music players.

Like most offline music apps here,PlayerproHas all the standard advanced music player features.So, choosing one comes down to the interface.While most immaterial apps are ugly, PlayerPro's unique design is both appealing and satisfying.

If you're on an older device with outdated hardware, many modern apps can frustrate you with poor performance. The Pulsar strikes the perfect balance between gorgeous looks and lightweight performance.

It comes at a price - the lack of any advanced features doesn't mean Pulsar is naked.You still get smart playlists, quick searches, gapless playback, and a built-in tag editor that works pretty well.For the five-band EQ, bass booster, and reverb features, you'll need to upgrade to Pulsar Pro.

While many free apps offer paid upgrades, you can use a truly free app indefinitely without upgrading.You can even enjoy Android music player without ads.Still, paid music players tend to be of higher quality.In addition to the free trial, the following apps all require a fee to use.

n7playerHas a nice slick interface.At this price point, all rival apps have similar functionality, and the interface can be a deciding factor.In this regard, n7player is a solid case.

The 10-band EQ, volume normalization, and gapless playback are all fine, but the n7player's real selling point is its subtle way of organizing your library.There's nothing like a few taps in an offline music app, and it's a game-changer.

If you like software from Apple and Google, like the high-definition music player on your Mac, n7player is one of the few paid apps on this list that also work on iOS.You can get this version of the premium app through an in-app purchase.

Despite its outdated appearance,Neutron PlayerIt is one of the best offline music players out there.If you are an audiophile, you will immediately realize that the audio in this app is of the highest quality.

And that's what sets Neutron Player apart; it's a true audiophile music player.Of course, you'll need to connect your device to a suitable set of speakers to hear the difference.It also comes with all the standard premium features you'd expect.

PowerampIts free trial version has over a million reviews, which speaks to its popularity.The trial period is 15 days, after which you need to upgrade.

While the app might not be fancy compared to the best Android music players, it's solid.

GoneMAD Playeris the perfect music app if you like to tinker and customize every little detail to your heart's content.It has a built-in theme builder and over 250 options that you can tweak.You can also choose from over 1000 preset themes if you don't want to tweak it yourself.

On top of the standard premium features, other notable features include an optimized media library with support for over 50000 songs, two shuffle modes, custom actions when the queue is complete, custom gestures, and on some devices Multi-window support.

Which offline Android music player app is your favorite?

Not everyone wants to put their music collection on Spotify.Streaming music may be convenient, but listening to offline music is more reliable and doesn't use data.

You can't go wrong with any of the above Android music apps.If you really like an app, you can also choose to upgrade for a few bucks.

Address of this article:https://www.kkgcn.com/8452.html
Copyright Notice:The article only represents the author's point of view, the copyright belongs to the original author, welcome to share this article, please keep the source for reprinting!
0People like
share it:
PREVIOUS:Experience the best entertainment and social apps with these Microsoft Store Editors' Choice Awards
NEXT:12 Essential Wear OS Apps Every Smartwatch Owner Should Download