Microsoft has gone through several product redesigns over the years.If the resulting product names weren't such badly planned, they'd be great PR moves.E.g,"Outlook "Can now refer to a desktop email client, a web-based email client, and an online email service.

And, if that wasn't confusing enough, we also have "Hotmail", "Live Mail" and "Outlook Terminology like "web app" is something to worry about. Which terms should you use? By the end of this article, we'll answer all your Microsoft email questions.HotmailDoes it still exist? A lot of kids these days don't know what you're talking about when you mention the name "Hotmail.com".After our brief introduction, some young friends may wonder: Is Hotmail Microsoft?What has changed?What is Hotmail now?

Hotmail used to be one of the most well-known email services in the world.Back in 1997, when Microsoft bought it from its original creator, Hotmail login offered something different than most email inboxes: independence from internet service providers like America Online (AOL).This version was called MSN Hotmail, but it no longer exists. In 2005, Microsoft announced a new set of services and products designed to extend the user experience on Windows.This new set of products is called Windows Live, and you may know it in products like the now open source Open Live Writer and Windows Essentials. 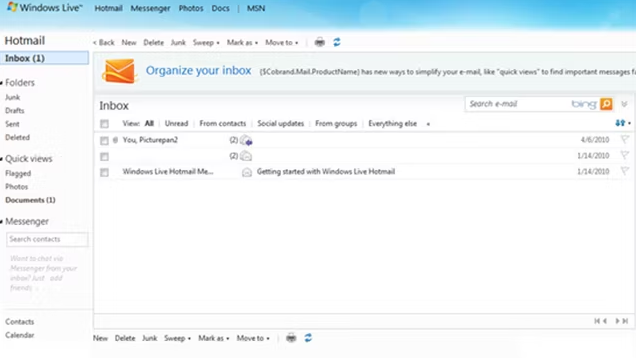 As part of this effort, Microsoft plans to phase out Hotmail email entirely, replacing it with a new mail system called Windows Live Mail.But when testers complained about the change and said they preferred the Hotmail brand, Microsoft rolled back things.The company decided to adopt Windows Live Hotmail.

The Windows Live branding was discontinued in 2012.Some of these services and products were integrated directly into the Windows operating system (in the form of apps for Windows 8 and 10), while others were spun out and continued on their own (for example, Windows Live Search became Bing).The rest were simply deactivated. 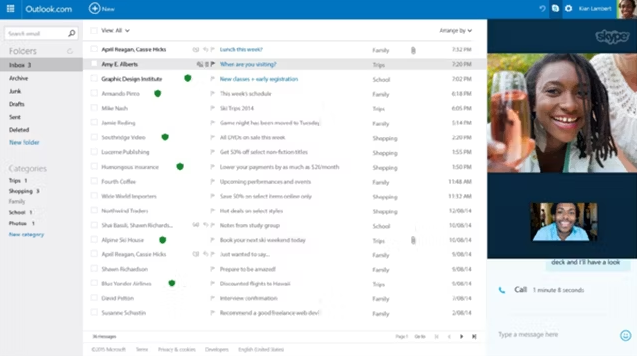 Around the same time, Microsoft launched Outlook.com, which was basically a rebrand of Windows Live Hotmail with an updated user interface and improved functionality.Many people mistakenly call it Outlook Online, although there is no such thing.

So, with that in mind, is Outlook the same as Hotmail?To add to the confusion, existing Hotmail users are allowed to keep their @hotmail.com email addresses, but new users can no longer create Microsoft email accounts with that domain name.Instead, they could only create @outlook.com addresses, even though both email accounts use the same email service.

Outlook.com is the official name of Microsoft's e-mail service, formerly Hotmail and Windows Live Hotmail.When all is said and done, is it Outlook or Hotmail?This is a difficult question.

In the past, the Hotmail.com website was the web interface to the Hotmail email service.There is no brand mismatch; the two services are one.It's just that things aren't that simple anymore.

In 2011, a year before Microsoft retired the Windows Live brand, they launched Office 365, the predecessor to today's Microsoft 365.At the time, Office 365 was aimed at business and enterprise users, but has gradually expanded to include regular users.

Important among them is Outlook Mail, a modern analogue of the Hotmail interface from years ago.Remember how Microsoft rebranded its email service to Outlook.com? Outlook Mail is the front end and Outlook.com is the back end.

To put things into perspective: Outlook Mail is a web email client, and Outlook.live.com is the actual email service provided by Microsoft.You use the former to view the latter's Microsoft email account.

Microsoft's confusing branding strategy has spilled over to their desktop products as well.For a long time, "Outlook" was always referred to as Microsoft's desktop email client.The word gets too complicated, and the whole Outlook vs Hotmail turmoil lies at its core.

Outlook made its debut on MS-DOS long before Windows 3.1.However, it didn't gain traction until Outlook 97, which was packaged as part of Office 97.With each subsequent version of Office, up to and including Office 2016, Microsoft's Outlook desktop client has also been updated. This desktop version is sometimes called Office Outlook, but the official name is Microsoft Outlook, or Outlook for short. In 2005, Microsoft Outlook Express was replaced by Windows Mail, around the same time Windows Vista was released.This is most likely due to infrastructure differences between Windows XP and Windows Vista. Windows Mail does not work on versions prior to Windows Vista. As of Windows 11, none of the above programs are relevant except Outlook.The world is spinning like crazy.If that wasn't confusing enough, you can use Outlook to elevate your workflow, as well as stay on top of your email, making the service even more confusing in terms of its name and what it has to offer.

If you've gotten this far and your head is spinning, you're not alone.Microsoft gave itself a shot in the arm with rebrand after rebrand that, even in retrospect, was nearly impossible to keep up with.If you're still confused, here's a quick summary of what you need to know:

Outlook.live.com is the current name for Microsoft's e-mail service, formerly known as Hotmail.com.

Outlook on the web, or OWA, is the Outlook Web App that lets you browse your Outlook.com email accounts.It's part of the brand's suite of Microsoft email web applications.

Everything else, including Outlook Express, Windows Mail, and Windows Live Mail, is no longer available unless you're using an outdated version of Windows.

Are Hotmail and Outlook the same?

Some questions in life may never be truly answered.The fact that you can currently only choose from one of these services really simplifies things.Whether it's Hotmail or Outlook, our inbox works just fine.

Address of this article:https://www.kkgcn.com/8395.html
Copyright Notice:The article only represents the author's point of view, the copyright belongs to the original author, welcome to share this article, please keep the source for reprinting!
0People like
share it:
PREVIOUS:11 Best Book Review and Book Rating Sites
NEXT:Everything Apple announced at 'Far Out': iPhone 14, Apple Watch Ultra, and more