Apps and widgets are common on Android screens, but many people still don't know about home screen shortcuts.As the name suggests, they provide a shortcut to a specific function in an application.Most apps have shortcuts, and the functionality they provide is underrated.

In this guide, we'll take a look at the 10 best home screen shortcuts for Samsung apps you should use to improve the usability of your Galaxy device.let's start. 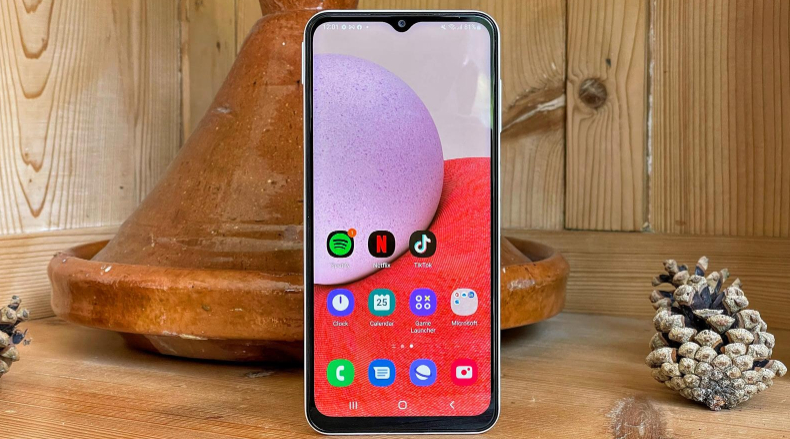 How to Use Home Screen Shortcuts on Samsung Phones

Before starting our checklist, let's see how to access home screen shortcuts.To do this, long press on an app of your choice.This will open a small application menu with different shortcuts -- options are for each application.Long press a shortcut you like to "pick it up" and place it on an empty spot on the home screen.

Note that not all shortcuts will be visible in the app menu, as some are unique to the Task Edge panel.

Tasks is one of the pre-installed Edge panels on your device, which are dedicated to storing shortcuts to apps.

If you use Samsung Internet instead of Chrome or another browser, you should take advantage of its home screen shortcut.The browser's four shortcuts are: New Tab, New Secret Tab, View Bookmarks, and Search the Web, and we think these four are the most useful.

By default, clicking on Samsung Internet opens the Quick Access page, where you have to click on the search bar to enter your query.You can replace the app with the "Search the web" shortcut to make the process faster, as it instantly opens a new tab and keyboard.

If Samsung Notes is your note-taking app of choice, you'll find its shortcuts quite useful.They include typed notes, pen and audio notes.There's also a shortcut for the fourth edge panel, called "Paint with a Brush," that doesn't help much for everyday use.

The "Type Notes" shortcut is great if you want to quickly jot down dates, places, times, events, names, or anything like that.But if you think it will be faster to record your voice, use the "Record Voice" shortcut instead.If you have an S Pen, the shortcut to write with the pen is cool too, but it's not as fast because it takes a second to pull it out of the phone.

All of these shortcuts and more are contained in a widget called Create Note, if you find it more useful.This is one of Samsung's best gadgets to date.

More and more restaurants, bars and other similar places have started using QR codes to view menus and pay.If this is also the case in your city, you can use Samsung Pay's Scan QR Code shortcut to make the process even faster.

Samsung Pay has now been integrated with Samsung Pass, the company's biometric authentication service, and has been renamed Samsung Wallet.So if you can't find the Samsung Pay app on the Play Store, don't worry, just search for Samsung Wallet.

If you'd rather listen to your downloaded tracks than Spotify's playlists, you might like the "Favorites" shortcut in the Samsung Music app.You can also use the Recently Added shortcut to see the latest songs you've saved.

Samsung Music also acts as an edge panel, letting you do pretty much everything within the app.It's more convenient and doesn't take over your home screen.

The "Recent Files" shortcut in Samsung's "My Files" shows you the most recent files saved on your phone in the most recent order.It's pretty useful for quickly accessing and keeping track of the files you've downloaded, the screenshots you've taken, the photos and videos you've clicked on, and the memos you've saved.From here, you can easily delete, move, copy or share a file.

The missed calls shortcut in the Phone app is useful, but there's also a second edge-only shortcut called "Make a call" that may be more useful. 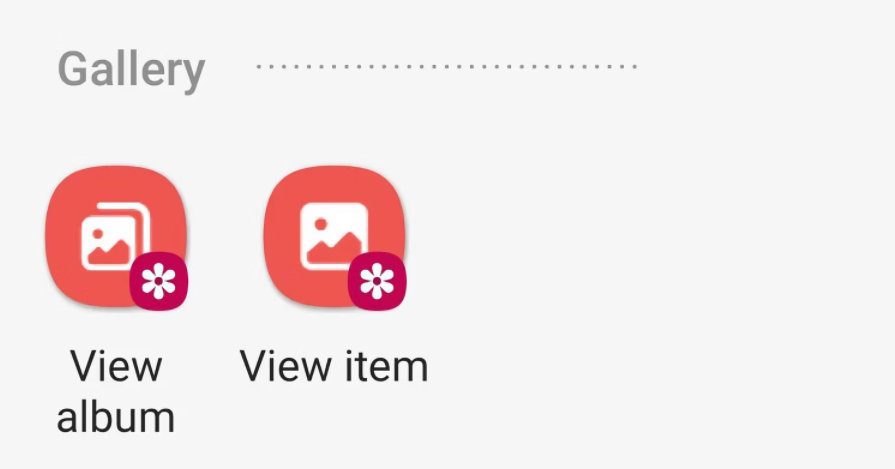 Samsung Gallery's View Albums shortcut allows you to quickly access specific albums in your albums.Unfortunately, it's an edge-only shortcut, so you can't place it on the home screen, but instead access it by swiping in from the side of the screen.Regardless, this is very helpful if you tend to open a certain album more often than other albums (like Camera, Downloads, or Screenshots).

Taking a screenshot requires you to press the power and volume down keys at the same time.This is slower and less convenient than tapping an icon on the screen.Luckily, you can do this via the screenshot shortcut on the Tasks Edge panel.This shortcut doesn't come from an app, but the One UI system itself, so you don't need to download anything to use it.

Just like the previous one, you have a shortcut to enter one-handed mode from the Task Edge panel.In one-handed mode, you can resize the screen to what you think is most comfortable.If you are left-handed, you can also change its position from right to left.

Do more with Samsung shortcuts

Shortcuts on the home screen are like cherries on the app cake.They're fast, convenient, and take up just one piece of space on your home screen, just like apps.In contrast, gadgets take up more space.Granted, as we saw above, some shortcuts are exclusive to the Task Edge panel, which is a bit frustrating, but they're useful nonetheless.

If you want to get more work done on your Samsung phone, shortcuts on the home screen are another great addition to the edge panel.

Address of this article:https://www.kkgcn.com/7444.html
Copyright Notice:The article only represents the author's point of view, the copyright belongs to the original author, welcome to share this article, please keep the source for reprinting!
0People like
share it:
PREVIOUS:Samsung Galaxy Z Fold 4 vs Galaxy Z Fold 3: What's the difference?
NEXT:5 things you should do the first time you get a brand new PS8