The cores in your computer's CPU have been developing at a steady rate over the years.We first had single-core CPUs, but quickly moved to multi-threading, then multi-core setups, starting with dual-core designs, then quad-core, eight-core, and more.

Intel's 12th-gen CPUs give us an unexpected but delightful twist: two different cores in one CPU package. E-Cores and P-Cores. 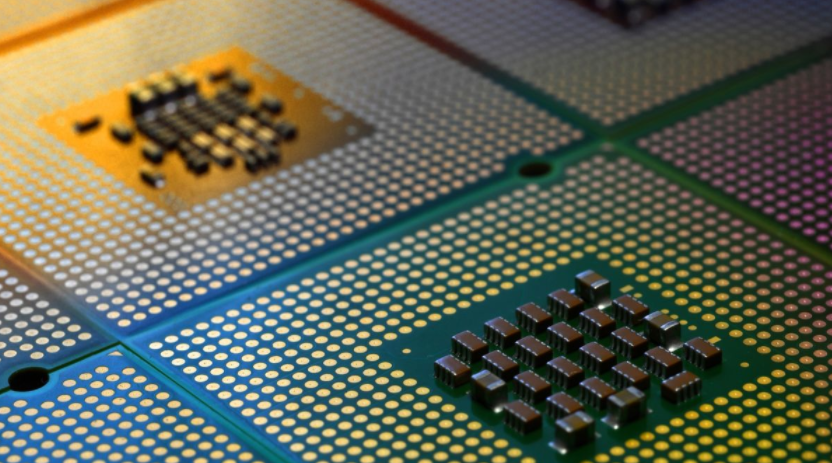 But what exactly are Intel E-Core and P-Core?More importantly, why should you care?

Why do Intel's CPUs now have different cores? So far, the core layout used by x86 computers is largely the same.Still, each core has the same processing power and clock speed.This makes sense since the purpose of a multi-core design is to distribute tasks across all cores to complete tasks faster.

On the ARM side, however, they decided to change things up a bit with the so-called big.LITTLE architecture.Basically, you now have two sets of cores doing different tasks.Larger, performance-focused cores handle heavier tasks, while smaller, efficiency-focused cores take care of background tasks while consuming less energy.This combination allows ARM to increase the performance of its chips while also keeping power consumption low.

That's exactly what Intel is doing here.You have two sets of cores doing different things.The company has experimented with this layout with its mobile Lakefield chips, the Intel Core i5-L16G7 and Core i3-L13G4.These chips are equipped with one P core and four E cores.While the original incarnation was a mixed bag in terms of performance, the company did it again with its main chip lineup, Alder Lake, which was widely praised.

The whole chip layout is pretty much the same big.LITTLE that ARM has been doing for years, and so far it looks like a worthwhile upgrade from the current x86 core layout.Even AMD is poised to replicate Zen 2023 with its new "Strix Point" CPUs when it arrives in 4.

What is Intel P-Core? Let's first understand what P-Core is.Of Intel's two different core layouts, the P core is the strongest core on the chip.These cores will consume the most energy, run at the highest clock speeds, and collectively grind through instructions and tasks.These are the "main" cores in the chip that do most of the hard work, lifting heavier weights.On Intel's 12th Gen CPUs, the P cores are based on Intel's Golden Cove microarchitecture, replacing the older Cypress Cove cores used in Rocket Lake (11th Gen) chips.

P-cores will typically be responsible for heavier tasks like gaming or heavier processing loads, as well as other workloads that generally benefit from single-core performance.In the past, when the cores on an Intel chip were all identical, all instructions for a PC were distributed evenly across all the cores.Additionally, P-Cores offer hyperthreading, which means each core will have two processing threads to better handle the load.

What is Intel E-Core? In fact, P-Cores are the same cores we've known for years.The real star here, though, is the Intel E-Core, the real new big thing in Alder Lake.While the P-core gets all the headlines and all the attention, the E-core steps back to handle other types of everyday tasks.

E-cores are smaller and weaker than P-cores, but at the same time, they also consume less energy.In fact, their entire focus is on power efficiency and achieving the best performance per watt.So, what does E-Core actually do?Well, combined with the P-Core configuration, it takes care of multi-core workloads and other kinds of background tasks, while also letting the P-Core take up little space in heavier workloads.

On Intel's 12th-generation chips, the E-Cores are based on Intel's Gracemont microarchitecture.It's the successor to the Tremont, which powers some Pentium Gold and Celeron notebook chips.We guess you'll see where they come from -- they're mostly low-power cores, running at low clock speeds (as low as 700MHz in some mobile chips).Although they are low-power cores, Intel likes to tout their performance compared to previous generations of cores.

How well do P-Cores and E-Cores work together? In short, pretty good.According to Intel itself, the P cores in the 12th Gen chips offer 11 percent more performance than the cores in Intel's 19th Gen chips.Also, the E-Cores are no slouch.They offer 40% more performance at the same power as the Skylake chips. The Skylake architecture was introduced in 2015, but it's still widely used today in some older gaming PCs, so it's not bad at all for what should be a low-power core.

With Alder Lake and this new hybrid core layout, Intel has managed to reposition itself at the top of the CPU performance game, a crown that has been snatched up by AMD's Ryzen 5000-series CPUs in a short period of time.Not only are they great at gaming, but they're also great at productivity, thanks in part to the combination of E-Cores and P-Cores.

In benchmarks, the new Intel chips showed not only staggering single-core performance, but also incredible multi-core scores, demonstrating its surprising new level of versatility.Intel chips are known for their staggering single-core performance, but are often blamed for lagging AMD when it comes to multi-core.That trend changed with Alder Lake and its new core layout.

As we said before, AMD is well aware that this is a winning formula.Ryzen 8000 chips are rumored to feature a similar hybrid CPU architecture. AMD will be late to the party as the Ryzen 7000 will feature the exact same Zen 4 core layout, but we should see AMD's first hybrid chips in late 2023 or early 2024.

Hybrid CPU layouts are the future

While the concept of P-Cores and E-Cores is not new to the tech world, it is new to the X86 architecture, and Intel is seeing amazing results from using it.The number of cores on its chip increased, and so did the performance.

They're one of the most significant developments in PCs in years, even in their initial iterations, and we can't wait to see how they improve in the future.

Address of this article:https://www.kkgcn.com/7337.html
Copyright Notice:The article only represents the author's point of view, the copyright belongs to the original author, welcome to share this article, please keep the source for reprinting!
1People like
share it:
PREVIOUS:What is Kagi Search and what can you do with it?
NEXT:One UI 4: The 9 Best Features of Samsung Galaxy Phones