Samsung has started rolling out to registered users of Galaxy S22 devices ahead of its upcoming Unpacked eventOne UI 5Beta.

The update includes Android 13 along with all of Samsung's own enhancements to its One UI custom skin.The update started in Germany initially, with more locations (including the US and more European countries) and devices expected to follow. 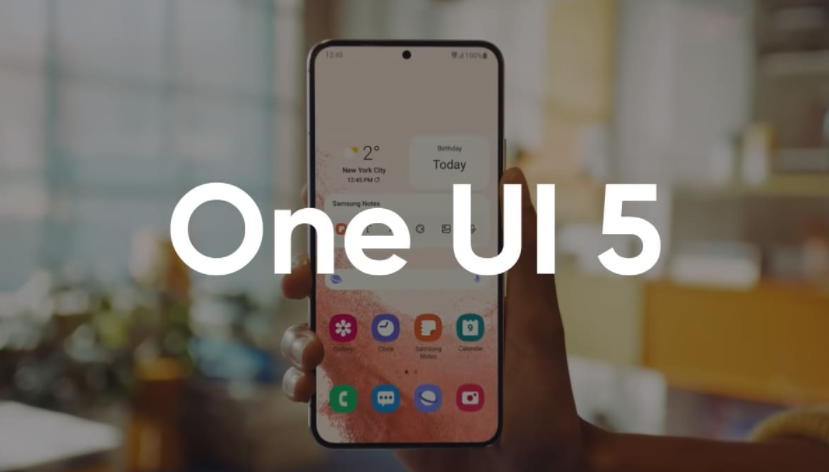 Samsung hasn't officially detailed what One UI 5 will be, and we can expect more news on this at the company's Unpacked event on August 8.However, various leaks have revealed a few things we can expect to see, including:

1. Redesigned notification center and app permissions menu, allowing you to control how many notifications you receive from apps.

2. New navigation gestures that make it easier to get into multitasking, among other things.

3. The ability to stack widgets on top of each other, as previously seen in iOS 14.

4. An updated camera app with an enhanced pro mode.

5. An improved security and privacy center that will enable you to secure your device and control your apps.

On top of that, you'll also get all the new features of Android 13. The final beta for Pixel devices has been out for a few weeks.Android 13 is expected to launch in August, although it is now thought to be delayed until September to allow for some final bug fixes.

One UI 5 is predicted to launch in October. The S10 series will likely come first, and Samsung's impressive update policy means flagship phones as early as the S22, as well as various mid-range phones like the A20, will get it.

If you want to try One UI 5, you can join the beta program through the Samsung Members app.The current beta is a 2.5GB download with the August 2022 security patch.

As always, if you do install it, be careful as the beta may contain some pretty big bugs.You'll be able to roll back to One UI 4.1 if you want, although you'll have to wipe your phone in the process.So make sure you have backed up your device first.

The first of many updates

Beta software is a great way to get an early look at the next version of Android.Samsung's One UI beta joins the beta available for Pixel phones, and the upcoming OxygenOS 13 beta for OnePlus phones.Other manufacturers may follow.

But if you don't want to make the leap now, you can certainly wait.If you've bought a phone within the past few years, there's a good chance your device will see the official Android 13 build soon.

Address of this article:https://www.kkgcn.com/7113.html
Copyright Notice:The article only represents the author's point of view, the copyright belongs to the original author, welcome to share this article, please keep the source for reprinting!
0People like
share it:
PREVIOUS:Silicone vs Foam Eartips: Does It Matter Which Eartips You Use?
NEXT:iPhone 12 Pro vs iPhone 13 Pro: Which is Better?