Many people rely on their Fitbit wearables to track their sleep patterns, stress levels, and daily exercise and activity levels.

But what if your exercise of choice is swimming?You'll need to find a Fitbit that can take more water so you can track all your hard work in the pool.Luckily, we've done the research for you to help you find the perfect Fitbit for swimming laps or running in the rain. 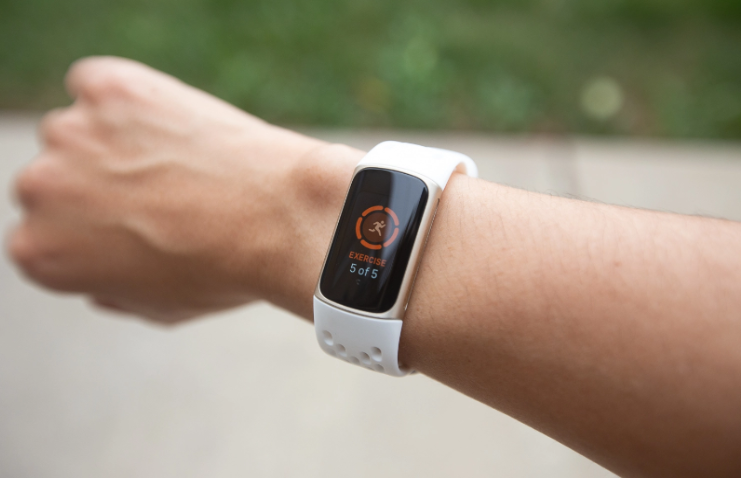 If you've purchased certain devices, such as smartphones, smartwatches, or even some headphones, you've probably seen IP ratings.Typically, the IP rating is displayed as "IP" followed by two numbers.

Many popular smartwatches, like the Apple Watch or Samsung Galaxy Watch, have an IP rating.Unfortunately, Fitbit doesn't put an IP rating on any of its products, leaving consumers wondering how they're supposed to tell if a device is suitable for immersion in water.

It's unclear why Fitbit chose not to put an IP rating on its wearables.It does cost money for manufacturers to test their devices and get an official IP rating, so that might be one of Fitbit's reasons, but it's not confirmed.However, the company has pointed out to customers which of its equipment is suitable for water sports and which should be kept out of the water. Fitbit senseis a popular option that tracks your health, including a range of information, both physically and mentally.It even has a dedicated swim-tracking mode, so you can monitor your workout in the pool if you like to sweat.

While it doesn't have an official IP rating, Fitbit assures consumers that the Fitbit Sense is water resistant up to 50 meters.So if you accidentally spill a drink on it, or want to swim a few laps, that's fine.To make your Fitbit last longer, just be sure to rinse it off with water and let it dry completely before putting it back on your wrist.

Fitbit Inspire 2How is the water resistance? Fitbit Inspire 2It's not waterproof, but it's water resistant to 50 meters, which is enough protection for a swim in the pool or an accidental splash while doing dishes. The Inspire 2 is one of the few Fitbit models with a water lock feature, which prevents accidental knocks while you're in the water, and can be activated manually or automatically.

Fitbit Charge 4Is it waterproof? Fitbit Charge 4Like many of Fitbit's other products, it's not waterproof.Instead, it's water resistant to 50 meters. The same is the case with the Charge 3 and Charge 5.

In fact, the Fitbit Charge 5 has a water lock feature that prevents the screen from reacting to accidental taps in water.The feature turns on automatically when water is detected, but you can also turn it on manually with select Fitbit models, including the Charge 5.

Fitbit Versa 2 How water-resistant is the Versa 3 model? Unfortunately,Fitbit Versa 2Like all other Versa models, there's no water resistance.However, both smartwatches are water resistant to 50 meters.

That means you can take a lap in the pool with a Fitbit Versa 2 or Versa 3.You can also wear them during sweaty workouts without worrying about damage.You can even wear a Versa line of fitness trackers while diving, but the Fitbit is water-resistant to 50 meters and doesn't account for extreme pressure or temperature, so keep that in mind. Fitbit aceSeries is one of the best options for kids, but is it waterproof?Sadly, no.However, if you buy a Fitbit Ace 2 or Ace 3, both trackers are water resistant up to 50 meters.This means that the Ace 2 and Ace 3 can be worn in the pool or in the rain, as long as they are rinsed with water as soon as possible and allowed to dry completely.

It's worth mentioning that the first-gen Fitbit Ace was only described as being rainproof, not waterproof.While this is an older model, most people will likely opt for the newer Ace 2 or Ace 3, but it's important to clarify in case anyone gets this first-gen model.

How to properly care for your wet Fitbit

While most Fitbit wearables are waterproof, you'll have to properly dry it after an accidental tipping over or after a workout in the pool. Fitbit recommends that you let it dry completely before putting it back on your wrist, because when the band is clean and dry, it's better for your skin and better for the tracking sensors inside the watch.

While you can wear most Fitbit devices in the pool or at the beach, Fitbit recommends against wearing your watch in a hot tub or sauna.The company also recommends taking off the smartwatch in the shower.While Fitbit's watch can withstand shower water, it's not good for the device to come in contact with soap, shampoo, and conditioner used in the shower.

Choose the Fitbit that's right for you

There are so many Fitbit models, and they all have different advantages, and the company believes that most Fitbit models are water resistant up to 50 meters.But if your main reason for buying yourself a new Fitbit is to use it while swimming, not all models are created equal.

Some models pay special attention to tracking swimming workouts and have a water lock feature, so keep those two things in mind as you search.To help you get started, though, these three are the best Fitbit models for swimmers: Fitbit Charge 5, Fitbit Inspire 2, and Fitbit Sense.

Address of this article:https://www.kkgcn.com/6144.html
Copyright Notice:The article only represents the author's point of view, the copyright belongs to the original author, welcome to share this article, please keep the source for reprinting!
0People like
share it:
PREVIOUS:5 Easy Ways to Remove Backgrounds from Pictures
NEXT:Everything you need to know about the iPhone's built-in text scanner