If you're in the market for an affordable and easy way to stream content on your TV, chances are you've come across Googlechromecast.But unlike other media players, GooglechromecastIt might seem a little odd because it doesn't work like a typical TV box. So, what is the Google Chromecast, what does it do, and is it the right streaming device for you? Chromecast is a series of streaming dongles from Google.They can be plugged into any TV or monitor via a standard HDMI port.Once configured, you can wirelessly stream audio and video to the larger screen from your phone, computer, or even a Google Home device.

The Google Chromecast connects via Wi-Fi and is usually controlled by another device such as a smartphone, rather than a dedicated remote.However, the more premium Chromecast with Google TV does come with a remote for a more complete TV experience.

No matter which Chromecast you choose, there's no steep learning curve.You fire it up, pair it with the network, and in a few minutes you're up and running -- with or without a remote.

Chromecast basically acts as a bridge between your TV and your phone or tablet.It draws power from a micro-USB input, and Google bundles an adapter in the box.

How does Chromecast work?

Chromecast is built on Google's own proprietary protocol called Cast.It's designed to let a device, like your smartphone, easily mirror its content to a screen or smart speaker. Google Cast was released back in 2013 and has since been integrated into almost every major app and platform. 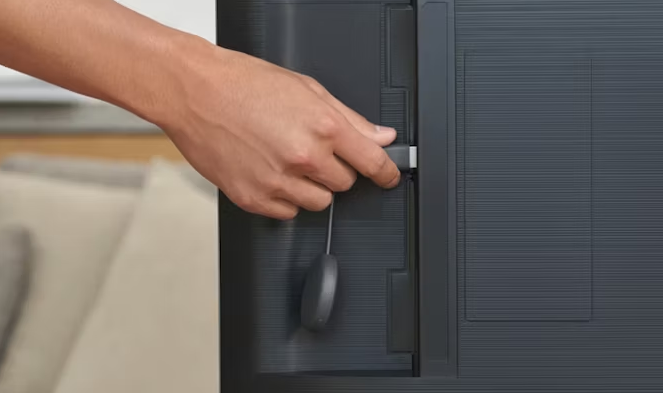 As long as there is a Cast-enabled receiver, such as a Chromecast, on the same Wi-Fi network as your phone or computer, compatible apps will display a Cast icon.You can tap this icon to stream what you're watching directly to your Chromecast.

Since the Chromecast itself is also paired with an internet connection, your phone will share the URL of the content.Because of this, the process is almost instant and you won't face any delays.

Chromecast with Google TV offers a more traditional TV experience.In addition to streaming content from another device, you can also play content directly on the device.That's more due to the OS and remote, though, than any hardware changes.

Which platforms and apps support Chromecast?

Google Cast is technically platform-agnostic because it's Wi-Fi-based.Therefore, if the developer decides to add compatibility, the underlying platform will not be an issue.

For example, you'll find the Cast button on YouTube whether you're browsing the website via Google Chrome on your computer or the app on your smartphone.Even owning an Apple device won't let you down!

In addition to Google's own YouTube, many platforms have Cast compatibility, including Netflix, Spotify, Facebook, and more.

There are several services that do not offer Cast support. Prime Video is an example, but only because Amazon itself has a Chromecast competitor called Fire TV.

However, since you can mirror your entire screen, there is a workaround for streaming Prime Video content via Chromecast.So even if there's a service that doesn't support Chromecast, you can use the screen mirroring workaround.

What can Chromecast do? 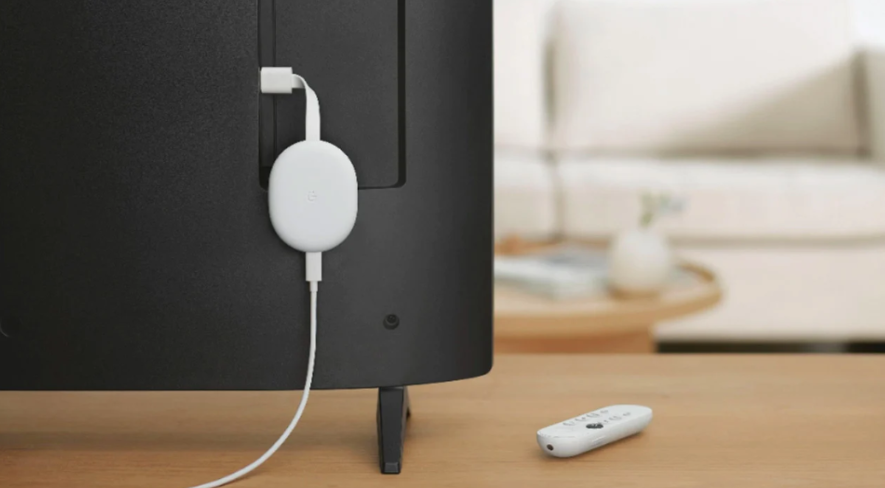 Chromecast lets you stream audio and video from your phone or computer to your TV in resolutions up to 4K.Also, you can mirror anything else, like pictures in Google Photos.

Also, if you're using an Android device or Google Chrome, you can mirror your screen to present a presentation or show something else on a larger screen.Alternatively, you can automatically run a slideshow of pictures on a Chromecast-connected screen.You can also cast local media files to Chrome via the app.

What's more, you can even play a handful of Chromecast games with your phone or tablet.This feature can come in handy when you want to multiplayer with friends at a party, while also showing off for others to watch.

In addition to manual controls, you can also use your voice to control your Chromecast, thanks to Google Assistant.

So you can simply say "play Stranger Things from Netflix on your living room TV" to your phone or Google Home device and the stream will be pulled to the TV without you having to lift a finger.

The Chromecast with Google TV offers all of these same features with one added difference: it has its own operating system.

This means you can access the app's content directly on the device, rather than relying on casting.It works more like a smart TV than a receiver.For example, there's a Netflix app that you can open right on your device.

Who is Chromecast for?

The Chromecast has several enticing features, but it's not for everyone.It's the perfect device if you don't already have a smart TV, but now, most people have one, which defeats the primary purpose of the Chromecast.

Modern TVs come pre-installed with most of the same streaming apps as Chromecast.However, you can even connect it to your computer monitor or an external monitor to turn it into a smart TV.

That said, Google has made some cuts to keep the price down.First, the entry-level Chromecast doesn't come with a remote or TV port.If you're someone who likes to browse all available platforms in one place before deciding what to watch, you'll have to opt for the Chromecast with Google TV.

Even on a Chromecast with Google TV, you still can't access live TV like you can with a smart TV or traditional TV box.Also, you usually control it with your phone, which is fine in most cases.But there are times when you want to quickly tap to pause or switch channels.In these cases, you will again need the more expensive model.

There's also no universal search that can be leveraged like the Fire TV Stick or Roku.You have to go into each app and look for content individually.While the Google Home app tries to solve this problem, it's not perfect.

Which Chromecast should you buy? Now is the time to decide which Chromecast model is right for you.You have two options: the entry-level Google Chromecast for $29.99 and the high-end 49.99K HDR-ready Chromecast with Google TV for $4.

If you're looking at the used market, you might also consider the Chromecast Ultra, which lets you stream in 4K and HDR, but Google stopped selling this model shortly after releasing the Chromecast with Google TV.

Note that regular Chromecasts are small and can only stream 1080p content.For $20 more, the Chromecast with Google TV comes with a remote and operating system.So unless you're on a tight budget, why not spend more?

However, it's worth pointing out that some high-end TV models from Sony, TCL, and Hisense for 2021 and beyond all have Google TV built-in.So before wasting your money on a Chromecast, you might want to check it out -- remember, this is a device that turns any TV or monitor into a smart TV.

We hope you have a clearer understanding of what the Google Chromecast is and what it can do.It's a powerful little device, and if you don't already own a smart TV, you'll probably be happy with it.Now, all you need to do is choose the right device based on your TV and budget to stream your favorite content on the big screen.

Address of this article:https://www.kkgcn.com/5788.html
Copyright Notice:The article only represents the author's point of view, the copyright belongs to the original author, welcome to share this article, please keep the source for reprinting!
0People like
share it:
PREVIOUS:How to be more productive with the Windows 11 Clock app
NEXT:The 8 Best Online Shopping Sites for Cheap Electronics