If you're in the market for a TV, or even just happen to pass by an appliance center, you'll see a plethora of available TV options.To differentiate their products, one of the things many TV manufacturers label their products is the technology behind them. You may have come across terms like LED, OLED, and QLED.But what exactly do these things mean?What is the difference between them?

LED TVs operate on the same principle as the first LCD TVs.Basically, it's a slab with several layers that control light and color.The bottom layer is usually the backlight unit, which illuminates the screen so you can see the image. LED TVs don't use fluorescent lights or other types of lights, they use LEDs, hence the name LEDs.

In order for the TV to produce the picture, there is a liquid crystal layer in front of the white backlight.It relies on electrical current to change the angle of light passing through it.When the angle of the light changes, it interacts with the topmost polarizing layer, reducing the light reaching the front of the screen to almost zero. 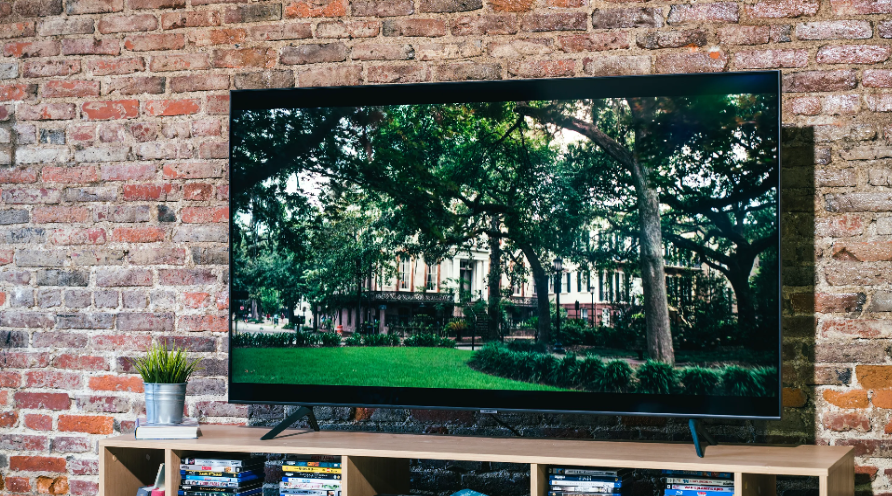 The quantum dot layer converts the red and green colors, plus the original blue backlight, and then combines into a perfect white backlight.This process enables QLED TVs to provide the most accurate white backlighting, allowing the TV to produce more vivid and accurate colors than regular LED TVs.It's so precise that Samsung even claims their TVs can reproduce 10 billion colors -- basically every possible color the human eye can see. In principle, an OLED TV is the same as an LED TV -- it uses colored pixels to show you an image on a screen.However, the colored pixels themselves do not require a backlight so that you can see the image, but rather light up.

Removing the LED backlight makes OLED TVs thinner and more power efficient than LED and QLED TVs.This is because OLED TVs only power the pixels that must display the image.If the area a pixel is in is dyed black, then no power is going through that pixel.

If compared to LED or QLED TVs, which require constant power to the entire backlight layer, the liquid crystal layer will simply block the light from the backlight layer if a certain part of the screen is black.

This is also why OLED TVs have infinite contrast.Because when an area on the screen is black, no light is emitted from that part.This is in contrast to QLED and LED TVs, where some light, no matter how tiny, still seeps out -- usually through the liquid crystal layer or from adjacent pixels.

However, despite its high color accuracy and infinite contrast, OLED TVs still have several notable drawbacks.First, it's not as bright as LED and QLED screens, so it's only suitable for use in dark or light-controlled environments.

OLED TVs are also more prone to image burn-in (when the OLED screen retains a static image even if it is not present).The problem is especially prevalent for those who watch a particular show or channel all the time, such as the icon for a 24/7 cable news channel.

While many manufacturers have made recent technological advances to avoid this, most still do not offer image burn-in guarantees.

LED, QLED or OLED: Which is the best?

While many say QLED or OLED is the best display technology, there really isn't a single answer to this question.This is because each TV technology has its own advantages and disadvantages.

If you're on a budget, you're going to have to stick with an LED TV.That's because they're usually the most affordable models, although they don't offer the cutting edge technology when it comes to image quality.Still, the viewing enjoyment you get from an LED TV is more than adequate.

On the other hand, QLED TVs allow you to get the best of both worlds.They cost slightly less than OLED TVs while offering better color accuracy than LED TVs.They are also usually the brightest of the bunch.Therefore, if you put the TV in a living room with open windows around it, you should choose a QLED TV.

Although lower in brightness than QLED and LED TVs, OLED TVs are still the gold standard for color and picture quality.The ability to turn off individual pixels means you get accurate, rich blacks, avoiding the light leakage problems of LED and QLED TVs.

And, since you don't need an active backlight that requires power all the time, OLED TVs are the thinnest and most power-efficient displays you can buy on the market.

What is the best TV technology for you?

Now that you know the differences between the three TV technologies, you can choose the best one for you.Just figure out which one is most important to you: economy, brightness, or color accuracy?

But if you have an unlimited budget, you can choose the best QD-OLED TV in QLED and OLED technology.

Address of this article:https://www.kkgcn.com/5669.html
Copyright Notice:The article only represents the author's point of view, the copyright belongs to the original author, welcome to share this article, please keep the source for reprinting!
0People like
share it:
PREVIOUS:HarmonyOS 3 is coming: here's what we know so far
NEXT:6 Free Ways to Save Twitter Bookmarks and Find Your Favorite Tweets Later