One UIis an Android skin developed by Samsung for its Galaxy phones and tablets.It runs on Android and gives Galaxy devices a unique identity that fans love.However, many people don't know that not all Samsung phones haveOne UI.

If you own a budget Samsung device, chances are it's workingOne UI Core, instead of One UI.Next, we will look at what isOne UI Core, how is it different, and why it exists in the first place.let's start. 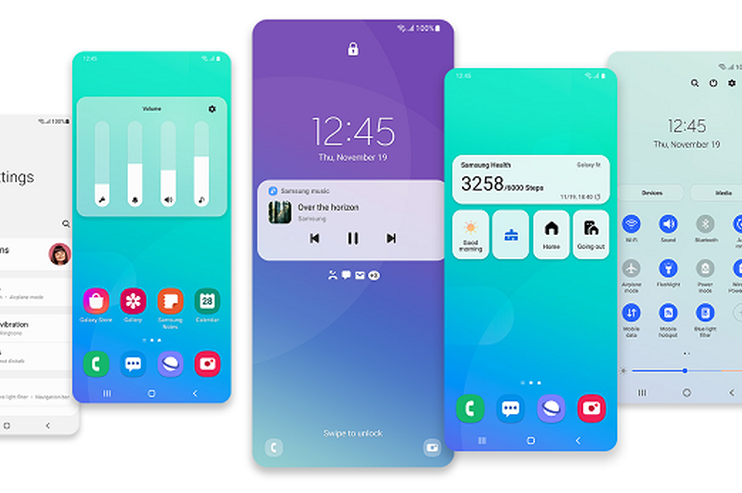 What is One UI Core?How is it different?

One UI is often rated as one of the best Android skins by critics and tech enthusiasts because it has so many features and is very user-friendly.On the other hand, One UI Core is a stripped-down version of One UI that appears on cheaper Samsung phones.

One UI Core has fewer features but retains the same design language and comes pre-installed with many of the Samsung apps on One UI. The Core isn't as well optimized, but given its price, there's not much to complain about.

You can easily check if your Samsung phone has One UI or One UI Core from the device settings.Just go to Settings > About Phone > Software Info.Here, at the top of the menu, you'll see the One UI version or the One UI Core version.If it's the former, you have the regular One UI, that is, a better version with all the features.

Some of the latest Samsung devices with One UI Core are the Galaxy M12, A02, M51 and Tab A7.If you're planning to buy a Samsung phone in the near future, the company has a list of devices running One UI Core that you can use to check if the phone you want has the full One UI experience or One UI Core.If your device isn't on this list, it has One UI.

What features are missing in One UI Core?

Samsung hasn't officially revealed what features are missing from One UI Core.However, considering the complaints and feedback from users over the years, we have a brief look at the differences between the two variants.

But before we start, please note that One UI Core gets updated just like One UI for new features, so it is possible that your One UI Core phone has some of the apps and features mentioned below.These may also vary based on your specific model or region.

Here are the missing features in One UI Core:

Why cheap Samsung phones have One UI Core

There are several reasons why Samsung removed some of the best One UI features from One UI Core.The obvious is to lure buyers into more expensive Galaxy devices running One UI.However, there are other logical reasons why Core cannot have the same functionality.

For example, Core cannot have Knox security features, as that would require a separate (and expensive) hardware component on the device.Putting it in a budget phone drives up the price.

Likewise, some phones running Core don't come with Samsung Health pre-installed because they either lack some necessary sensors, or the sensors aren't as good quality as the app requires to provide accurate real-time health information.

One UI Core is a little different from One UI

In addition to the features and apps we listed above, there are some other subtle differences between One UI Core and One UI.For example, some One UI Core devices lack the camera feature and don't show the option to back up files using Samsung Cloud and Microsoft OneDrive in the My Files app.

If you find a feature missing on your One UI Core device that is not listed here, we recommend reporting it on the Samsung Members app for support from the Samsung community.

Address of this article:https://www.kkgcn.com/5324.html
Copyright Notice:The article only represents the author's point of view, the copyright belongs to the original author, welcome to share this article, please keep the source for reprinting!
0People like
share it:
PREVIOUS:6 Maps App Tips Every Windows User Should Know
NEXT:How to Change Your DNS Settings to Improve Speeds