Apple finally unveiled the next major iteration of iOS at its annual WWDC conference.While WWDC22 is an online event, just like last year, Apple didn't disappoint when it came to software releases. The iOS 16 software update is expected to bring a series of incremental improvements to the iPhone when it releases this fall.We could talk about iOS 16 all day, but here we're going to focus on the most anticipated features of iOS 16.

Once you update your iPhone to iOS 16, you'll start to notice the changes the moment you unlock the screen. The iOS lock screen was one of the first announcements at WWDC 2022, as it got a major visual overhaul, with tons of personalization options, from customizable font styles to a wide variety of widgets.

With all this personalization, Apple made it easy to create multiple lock screens so you can easily switch between them at any time.The lock screen has a new gallery with pre-designed wallpapers, unique fonts and widgets ready.

Apple has also made changes to how your notifications are displayed on this new lock screen.Instead of appearing as a list, notifications now scroll at the bottom of the lock screen, which you can hide if desired.

Think of this as an extension of the iOS 16 lock screen overhaul.Live Activity comes in handy when you want to know what's happening in real time, without having to unlock your phone and open an app.It integrates with apps to deliver content directly to the lock screen without inundating you with notifications, whether it's a sports game, a ride-hailing, or food delivery tracking.

3. Quality of life upgrade for iMessage

You can now edit messages you've sent, fix all your typos, and even cancel messages you accidentally sent to the wrong contact or said the wrong thing.Plus, you can mark messages you open as unread to remind yourself to check back later when you're not busy.

In addition to these improvements, Apple is adding SharePlay to the Messages app, which means you don't have to be in a FaceTime call to watch movies or listen to music together.Now, you can text your friends while what you're watching is still synced on the screen.

With iOS 16, sharing family photos will be even easier, thanks to the introduction of a separate iCloud Photo Library that you can share with up to five family members.You can manually add pictures to this shared photo library, or you can contribute using smart features such as toggles in the Camera app, Bluetooth proximity, and sharing suggestions in the For You section. 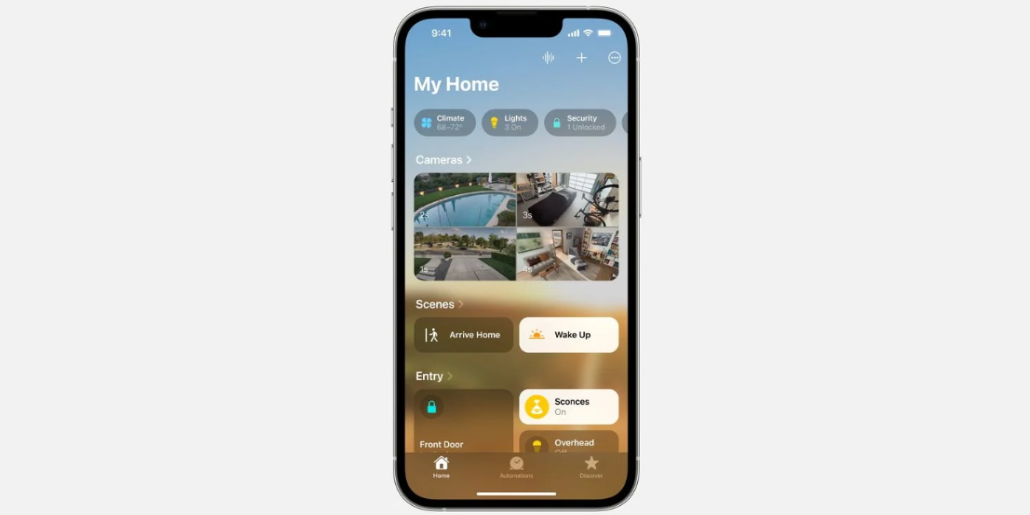 If you're using HomeKit for your smart home setup, you'll be happy to know that the Home app gets a new design in iOS 16.All your smart home accessories will now be neatly organized into different rooms with new categories for climate, lights, security, speakers and TV, and water.If you have cameras in and around your smart home, the app will display up to four camera views at once in the center of the Home tab.

Thanks to widget integration, you can access your favorite smart home accessories or check the status of your smart home without leaving iOS 16's new lock screen.

6. The new generation of CarPlay With larger screens appearing in more and more cars recently, especially electric vehicles, Apple chose to revolutionize the in-car experience and reimagine CarPlay.Apple says that CarPlay will now be deeply integrated with car hardware and even display content on multiple screens inside the car.

Apple's CarPlay feature will be able to fully digitize your dashboard with customizable watch faces, layouts, themes, and more.You can even use CarPlay to control the car's radio and adjust the cooling temperature, which means cars with this next-gen standard can ditch the physical buttons for a fully digital interface.

Aside from the lock screen redesign, iOS 16 seems more like an incremental update than a visual overhaul, but that's not necessarily a bad thing.Apple has made some quality-of-life improvements to iOS that most users will appreciate.

Apple's iOS 16 software update is slated for a fall 2022 release, with a developer beta rolling out immediately and a public beta rolling out in July.However, you shouldn't be too eager to install this beta unless you know what you're doing.

Address of this article:https://www.kkgcn.com/4620.html
Copyright Notice:The article only represents the author's point of view, the copyright belongs to the original author, welcome to share this article, please keep the source for reprinting!
0People like
share it:
PREVIOUS:Everything Apple announced at WWDC 2022: iOS 16, macOS Ventura, and more
NEXT:The 2022 best new macOS Ventura features announced at WWDC 7