RAMShort for random access memory, it's an essential part of your desktop or laptop, or even your smartphone or tablet.

However, almost every device has a different number ofRAM.Despite its importance, tech manufacturers don't always easily tell you how much you need.

Next, we'll show you why RAM matters, how much you might need, and whether it's worth it to increase RAM.

Memory is an important part of any computer

If you're going to multitask on your PC, such as having multiple applications open at the same time - then you're heavily dependent on your system's memory.Multitasking can make your device slow if you don't have enough memory. You can think of RAM as short-term memory for your device.When you leave a program running in the background, RAM keeps track of where you left off, so you can switch back to it without waiting for it to load again.

That said, if you don't have enough RAM, your device will be very slow to respond when you try to switch tasks.

How much memory do you need?

8GB is the standard amount of memory for an average desktop computer.In addition to this, many people will increase the capacity to 16GB, and occasionally users will choose 32GB.

RAM is contained in a computer's "memory stick".When buying RAM, you'll see that these sticks come in various combinations - for example, if you have 16GB of RAM, you can buy:

And so on.The combination you get doesn't really matter.You just need to make sure it all fits in your computer case and is compatible with the rest of your computer.

So how much memory do you need?

If you spend most of your computer time writing Word documents and playing cards, your computer probably doesn't need a lot of memory.The standard 8GB is fine, as it will cover most of your basic computer needs.You can even open a few tabs in the browser without experiencing a huge performance hit.

If you prefer to use design software, you might be able to choose some less resource-intensive options, such as a basic Blender or Photoshop project.Your computer may have difficulty using software like Maya or Unreal Engine 5.

If you like modern games, you can easily play some games, but don't expect your computer to run Cyberpunk 2077 smoothly, as he recommends 12GB of RAM.

To meet the demands of modern software, 16GB of RAM is what most people need.This amount will help you strike a good balance between running permanent applications and resource-consuming applications on your PC.Therefore, if you frequently open a lot of tabs in Google Chrome, you will find that your computer hardly ever stutters at all.

Plus, gamers will find that 16GB is more than adequate for running demanding games at the highest settings (though other factors like graphics card and CPU speed also come into play).It's also ideal for artists who will use Photoshop, Blender, and Adobe Premier Professionals, but will eventually need more memory as their projects get more complex.

If all you want to do is use standard apps, work and play games over the internet, then 32GB is a bit too much.As mentioned earlier, 16GB is more than enough for most people, and even provides some extra leeway to push their PC to its limits without hitting a major bottleneck.

However, if you're a professional designer or editor whose projects tend to get complicated, 32GB is ideal.For example, if you are rendering 4K resolution video or rendering textures in Adobe Premiere or Photoshop, you will need at least 32GB of RAM.

And, if you're creating a high-quality 32D animation or game, you might even need more than XNUMXGB of RAM to be able to meet the requirements of the software you're using.

Memory on Phones and Tablets

As far as phones and tablets go, there's been a recent race in memory.

So while your Android or iPhone reasonably only needs 4GB of RAM, the standard for newly released smartphones is 8GB.You can't upgrade your phone's memory unless you're really tech-savvy.

What to do if you need more memory

Memory is one of the easiest parts to upgrade in a computer.It's a simple matter of determining how much RAM you currently have, buying more, and placing it in the correct slot inside the case, where exactly that slot will depend on your motherboard. 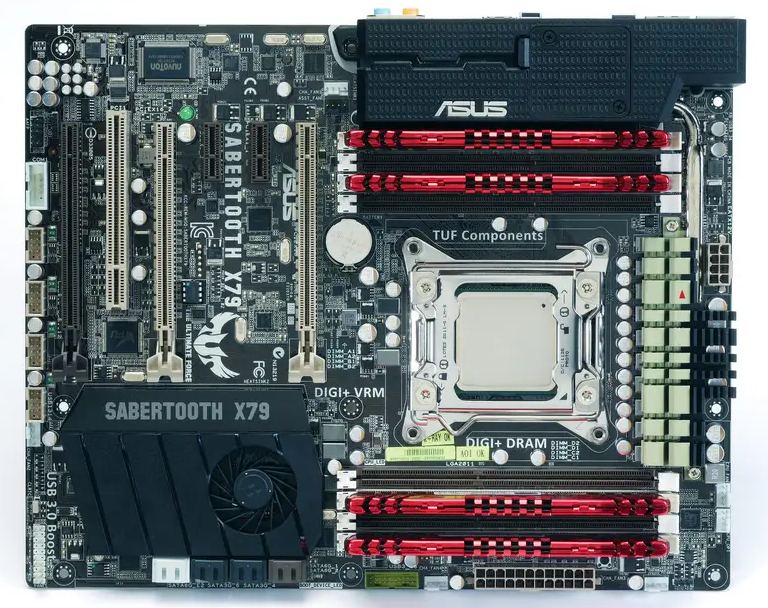 Laptops, on the other hand, are a little trickier, most modern laptops have memory sticks soldered together, so they can't be replaced without removing all of the internals.If you want to upgrade your laptop's RAM, you're probably better off buying a new one, or taking it to a professional repair and upgrade shop.

However, upgrading your memory may come with diminishing returns.The jump from 8GB to 16GB will be very noticeable.Unless you're doing very intensive work, 16GB to 32GB probably won't give your system much of a boost.And beyond 32GB, any boost is likely to be negligible.

When should you acquire more memory

You'll start to notice signs when your computer needs more memory.Here are a few you should pay attention to:

1. Your computer warns you that it is running out of memory.

4. It takes longer than usual to install updates and hinders your productivity because you can't use your computer.

5. Opening multiple applications takes a long time or does not open at all.

6. Tabs in the browser keep refreshing or do not load completely.

7. Connections in Word or Google Docs have a delayed response, eg, appearing on the screen for a second or more after typing.

What is virtual memory?

In addition to memory, you have virtual memory, which is where graphics-intensive games and applications temporarily store the graphics information needed to render the next frame.This includes textures, images, meshes and shaders.

Virtual memory lives on your graphics card (GPU), 8GB is usually all you need for most gaming or design use cases.However, if you can get 12GB of virtual memory, you're guaranteed to have plenty, especially if you like to crank up the graphics settings to max.

Address of this article:https://www.kkgcn.com/3796.html
Copyright Notice:The article only represents the author's point of view, the copyright belongs to the original author, welcome to share this article, please keep the source for reprinting!
0People like
share it:
PREVIOUS:Wired vs. Wireless Gaming Headset: How Should You Choose?
NEXT:How to Hide Your Subscriber Count on YouTube