As with everything in tech, phones are prone to fallacies and rumors that don't seem to go away.We're going to tackle some of the most popular smartphone myths and see if we can do our part to end the misinformation surrounding today's smartphones.

Now, let's get down to the ten most common smartphone myths and misconceptions:

1. Apps running in the background should be closed to save battery power and avoid slowdowns 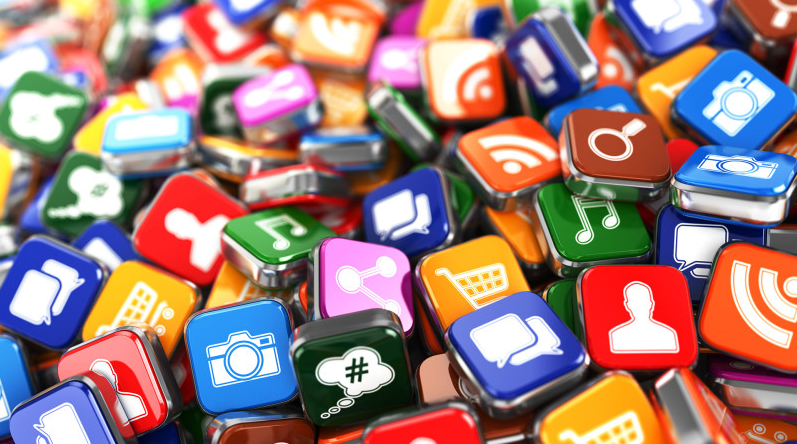 Both Apple and Android allow apps to run in the background for more efficient multitasking.This myth seems valid because any additional processes will use system resources, and the more programs you run, the slower your device will be.

However, both operating systems limit how much these apps can do while they're running in the background.But the battery drain is very minimal, and in terms of slowing down the phone, multitasking is unlikely to be the culprit.

A side effect of this rumor is that both markets are flooded with a plethora of task-killer apps.These apps are basically useless, and while they get work done by closing background apps, they don't actually save much in terms of resources or battery life.

Android will automatically kill tasks when more memory is needed, as will iPhones.Neither will show a noticeable difference without any apps running in the background.

2. Automatic brightness setting can save battery This is completely wrong.The idea is that using the smartphone's onboard light sensor can automatically calibrate the ideal brightness setting to save power.

The reality is that this might save a little battery power by dimming the screen at the right moment.Still, the pesky light sensor consumes more power throughout the day by constantly pinging the CPU to process the data it collects and decide if a lower (or higher) brightness setting is appropriate.

3. You should let your battery fully drain before charging

Lithium-ion batteries actually perform better when kept charged, while older NiCd and NiMH batteries last longer when you let them fully drain and then charge to 100%.

Modern batteries don't face the same problem because they don't have "battery memory" like older NiCd and NiMH rechargeable batteries.

However, there is still some truth to this rumor.While it won't make your battery last longer, some experts believe you should do 40-0 cycles every three months or after 100 partial cycles -- that is, let it drain completely before fully charging it.

This is not to increase battery life, but to help calibrate the readings shown on the display so that they remain accurate.

4. Turn off the phone/remove the SIM card/put it in airplane mode to prevent you from being tracked First, let's talk about Airplane Mode.Putting your phone in airplane mode basically turns off Wi-Fi and cell service, acting as a "do not disturb" switch for your phone.This won't stop anyone from tracking you, especially via satellite.You see, in most modern phones, you can still use GPS, Bluetooth, and Wi-Fi connections in airplane mode.

The truth is that phones need power to transmit a signal, so turning off the phone or (better yet) removing the battery does keep you from being tracked.Just, not always.

Phones infected with certain types of malware, like Android's old-school PowerOffHijack, trick the usual shutdown animations to make your phone appear as if it's turned off.Actually, it doesn't, and it might be tracking you.

Removing the SIM card doesn't work either, as your phone still has a built-in identifier that can be detected by Stingray devices or fake cell towers used by the NSA.These devices are used by U.S. government agencies, the military, and law enforcement.

The only foolproof way to avoid tracking is to remove the battery.Of course, if you're using a phone that doesn't allow you to access the battery, the only real options are to ditch the phone or invest in a privacy case, which is essentially a Faraday cage for your phone.Nothing can come in and nothing can go out.

5. Bluetooth/Wi-Fi Direct will drain the battery Bluetooth and Wi-Fi Direct enable you to quickly transfer large files or other data between devices.While we can debate which is better, the truth is that they are both very useful and very similar.But will they drain your battery fast?

The answer is no, the new generation of Bluetooth and Wi-Fi Direct consumes very little power when not in use.Once you enable another device and start transferring files, they will start draining your battery.Until then, just enabling them won't cause any noticeable battery drain.

Many of us are usually afraid to download APK installation files for Android because we don't trust the source.However, when you download an app from Google Play or the Apple App Store, you naturally feel safe.

While you're right to think so, most of the time, downloading apps from the official store isn't guaranteed to be safe.Many applications connect to the internet and communicate with their servers.This means that malware can be delivered to your phone at any time.

But fear not.Apps from trusted developers are generally safe.They have a whole reputation to maintain.Therefore, they keep their applications clean.However, you might want to be careful with apps from unknown developers. On the surface, this myth carries some weight, but the truth is, it's not a reliable enough indicator of performance.Android launches dozens of devices every year, some with impressive specs.However, having good specs doesn't always make a phone great.

When it comes to the norm war, cell phone cameras are the worst offenders.The reality is that, aside from image size, a 6400-megapixel camera is likely to be far inferior to an 800-megapixel camera in every important category.The same goes for multi-core processors.

In addition, there are other factors at play.For example, some Android phones have better specs than an iPhone, but that doesn't necessarily mean the phone is faster or better than those with lower specs.The operating system matters, and so does the behavior of the user while using it.

8. Charging your phone overnight will destroy the battery This is another fallacy that was true at one point, but is now completely false as battery and charging technology improves.Older batteries aren't smart enough to realize when they're full, and constant overcharging can reduce battery life over time.

Today's charging mechanisms are smarter.Once your phone is fully charged, it stops draining power.It's perfectly acceptable to charge your smartphone while you sleep.

9. The only charger you should use is the one that came with your phone

In a way, this rumor exists only to put money in the pockets of phone makers.While smartphone profit margins are thin, the accessories market accounts for a large portion of the company's revenue.So they have a lot of incentive for you to buy an OEM charger.

The truth is, any charger made to the manufacturer's specifications is safe to use with your phone.

What most consumers don't understand is that there's a difference between a good third-party charger and a cheap knockoff.Premium manufacturers such as Belkin, Amazon, etc. are completely safe to use with your smartphone because they are built to the original specifications of the manufacturer's charger.

On the other hand, knockoffs are known to be quite dangerous.

10. The open-source nature of Android makes it more prone to bugs

Open source software, by its very definition, is open.Allowing access to the inner workings of the operating system can lead to vulnerabilities, but you might be surprised how secure Android is as an operating system.

What is not safe is the application.The openness of the app market, and the ability to run apps outside of the centralized Google Play marketplace, makes Android phones more vulnerable to malware than Apple's app store.

Forget these rumors and enjoy your smartphone freely

As you can see above, these rumors and fallacies are baseless.Trust them and act accordingly, and you won't get any good.

Address of this article:https://www.kkgcn.com/3540.html
Copyright Notice:The article only represents the author's point of view, the copyright belongs to the original author, welcome to share this article, please keep the source for reprinting!
0People like
share it:
PREVIOUS:10 Great IFTTT Applets to Automate Your iPhone or Android Phone
NEXT:12 great Google Maps features to better navigate and explore