For the past few years, MacBooks have actually been the choice of professionals.MacBook Airand Pro cater to different audiences.Since there are multiple variants of both models, things can get confusing.That's not all, Apple has added the M1, M1 Pro and M1 Max chips to the mix.

And 2021 yearsMacBook ProIt's a game-changing machine that brings us rear ports, including a headphone jack, HDMI port, SD card slot, and MagSafe charger.

Next, we will do some simple analysis of these two MacBooks, which we hope will help you in making your decision: MacBook AirThe design has hardly changed in recent years.Apple retains its signature tapered design, which is 0.16 inches thick at its thinnest point.And the M1 MacBook Air has ultra-thin bezels, a sturdy scissor-style keyboard, and a much-loved gold color.

2021 yearsMacBook ProFlaunts thinner bezels and a notch in the middle.Apple ditched the cumbersome Touch Bar in favor of old-fashioned function keys.Connectivity ports, MagSafe and front speakers have also been added in bulk.The latest MacBook Pro is thicker and heavier than its predecessor.

The 16-inch MacBook Pro display is perfect for creators.You get unparalleled screen real estate at 3072 x 1920 resolution.Due to the smaller display, the 14-inch variant is limited to 2560 x 1600 resolution.

With Apple joining the M1 Pro and M1 Max, choosing the right specs for the MacBook can get tricky.We've made a list of chips that we hope will help you.

If your work involves GPU-intensive tasks like 3D visualization and video editing, you should choose the M1 Pro.The chipset supports up to 20 4K ProRes video streams and two external displays.

M1 Max: The M1 Max is definitely a notch above.It offers up to 32 GPU cores and doubles the memory bandwidth to 400GB/s.Advanced users can choose up to 64GB of unified memory. The M1 Max is for those who prefer performance over other things.Tasks like rendering augmented reality models, composing music, or working with large files are a breeze. 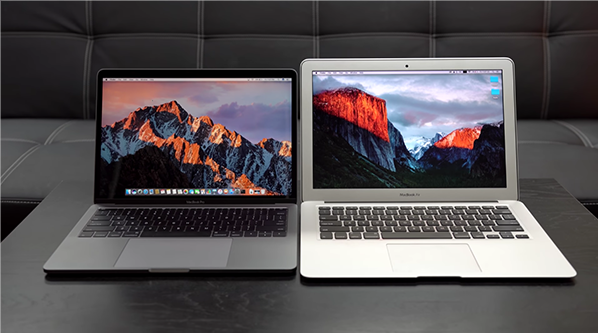 The MacBook Air was the first Mac to be powered by the M1.Apple's custom M1 chipset beats the competition in every way.Unmatched performance and unmatched efficiency.All benefits come without any compromises. Geekbench scores were 1705 and 7413 respectively.

The MacBook Pro has two power supplies.For the 13-inch variant, you can choose between M1 Pro or M1 Max. RAM options range up to 32GB.Meanwhile, the 16-inch version can be equipped with 64GB of RAM. The MacBook Pro scored 5 (single-core) and 1447 (multi-core) on Geekbench 12237, respectively.

Often, benchmarks do not indicate actual performance.However, they are still a fair reflection of the machine's performance.Broadly speaking, benchmarks are divided into single-threaded and multi-threaded performance. The benchmarks for the MacBook Air and MacBook Pro are as follows:

Why shouldn't you buy an Intel-powered MacBook Air and MacBook Pro?

Today, Apple has transitioned to M-series chipsets.That said, you might stumble across an Intel-powered MacBook, and it's already quite a few of your best options.

Macs with M1 processors cannot natively run applications developed for Intel.This means developers have to put in extra effort to make it work.In due course, this will no longer be feasible for developers.At the same time, the number of Intel-Macs will decrease.

Apple is rapidly transitioning to M-series chipsets.We have M1, M1 Pro, M1 Max and now M1 Ultra for a short time.Additionally, Apple Silicon machines will receive longer support for macOS updates.If you plan to use your Mac for more than two years, Apple Silicon should be your choice. The MacBook Air comes with two Thunderbolt 3 (USB Type-C) and a 3.5mm audio jack.For everything else you have to use a dongle.However, you can use Thunderbolt 3 and connect to external monitors and other accessories.

Switching to an M1-series processor did wonders for MacBook battery backup. The MacBook Air is rated for 14 hours of life.On the other hand, the new MacBook Pro can last up to 15 hours.

The purchasing decision is very personal and subjective, and the price you pay depends on the features you need.Thankfully, there are different variants of the MacBook Air and Pro.

Who should buy a MacBook Air?

The MacBook Air is the best laptop for almost everyone.It's best for students, marketing professionals, bloggers, and others. The M1 upgrade adds much-needed computing power.In short, if your work doesn't require graphics-intensive tasks, the MacBook Air will suffice. Silverlining can play games like Civilization VI and Counter-Strike: Go on lower settings.

Who should buy a MacBook Pro?

All in all, you need to avoid buying a new Intel-powered MacBook Pro or MacBook Air. Apple Silicon chips deliver industry-leading performance and efficiency, so you just need to choose the best MacBook for your needs and budget.

Address of this article:https://www.kkgcn.com/2621.html
Copyright Notice:The article only represents the author's point of view, the copyright belongs to the original author, welcome to share this article, please keep the source for reprinting!
0People like
share it:
PREVIOUS:iCloud Drive vs Google One: Which cloud storage service should you choose for your Mac?
NEXT:2022 Best Free Word Games to Play on Android and iPhone in 11