If you own an iPad, iPad Pro, or iPad Air, you might be willing to try drawing with your fingers, but the Notes app (or anywhere else you use Markup) sometimes doesn't work and you might be disappointed, especially if you're playing with your kids Time.

The reason you can't draw with your finger on the iPad is about the Apple Pencil setting, which is enabled by default on most iPads, sometimes even when the Apple Pencil isn't used with the device or isn't currently connected to the device in this way.

Next, let's solve this problem together:

How to Enable Finger Drawing on iPad

To allow drawing with your fingers on the iPad, you must turn off the setting that sets the drawing function:

1. Open Settings on your iPad

3. Find the toggle for "Draw with Apple Pencil only" and turn it off 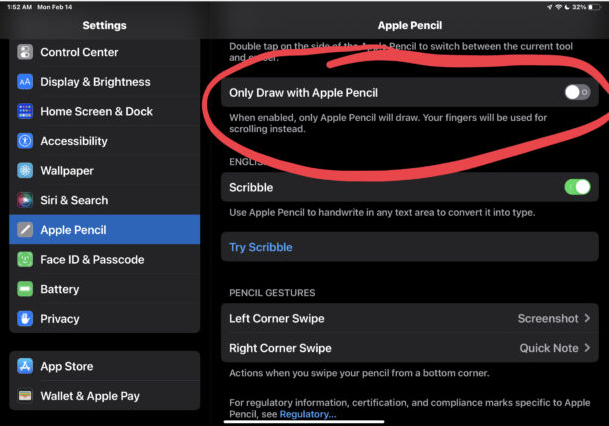 4. Now you can draw on the iPad with your finger, or draw with the Apple Pencil.

Go ahead and launch the Notes app, Photos app, or anywhere else you can draw with Markup, and try drawing with your finger on the Markup or drawing tools, and you'll find that they now work as expected with your finger.

How to draw with your finger on the iPad

Once you tap it, you'll be taken to the drawing tools in the Notes app (and Markup), and you'll be able to draw with your fingers. 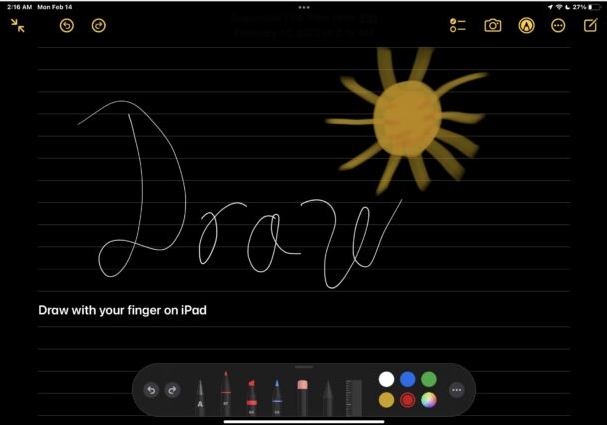 If you are a loyal Apple Pencil user, you may not want to disable this setting, because many Apple Pencil users scroll with their fingers on the canvas when drawing with the pencil, and when this setting is turned off, the fingers will also draw on the screen, instead of scrolling.

At the end of the day, this setting, like many others on iPad and iPadOS, depends on you and your usage, and how you use your device and its drawing capabilities.If you want to use the Apple Pencil with your finger, or the ability to draw with your finger, toggle this setting and you'll get what you want.

Address of this article:https://www.kkgcn.com/1958.html
Copyright Notice:The article only represents the author's point of view, the copyright belongs to the original author, welcome to share this article, please keep the source for reprinting!
0People like
share it:
PREVIOUS:How to Change Mouse Sensitivity (On Windows 10 or 11)
NEXT:How to Change the Account Type of Windows 11 Users in Multiple Ways