Android phones are extremely customizable, allowing you to replace any software on your phone, including the on-screen keyboard.Some of these premium keyboards are packed with clever time-saving features, gestures, and input controls.Allowing you to work faster and more efficiently.Next, we'll bring you seven of the best Android keyboards you can install on your phone, let's take a look: 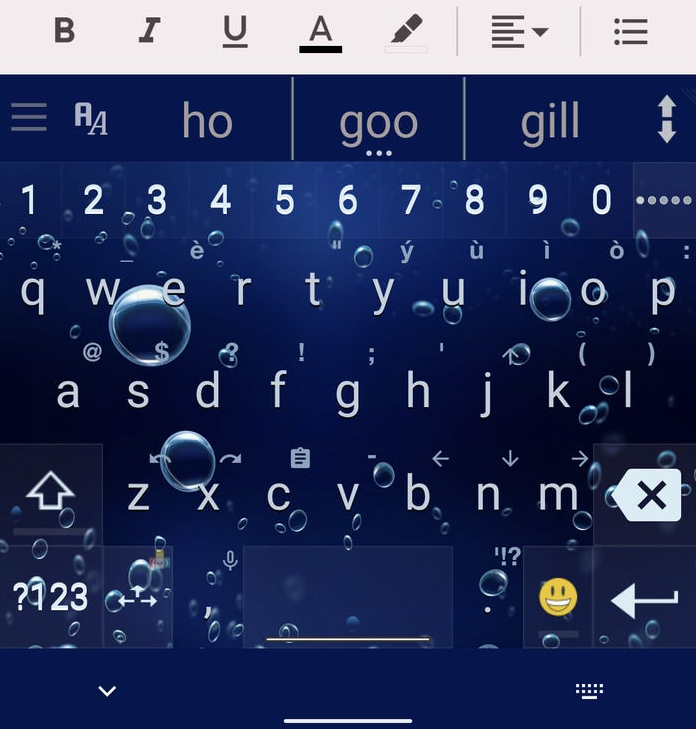 ai.type keyboard has tons of themes to choose from.

ai.type The keyboard is a powerful alternative to your phone's normal keyboard, in addition to traditional typing, word prediction and autocomplete, you can also use glide typing (where you place your finger on the keyboard and slide from letter to letter to spell out) words), built-in emojis and GIFs, and a handy trackpad to quickly move the cursor wherever you want.Plus, it's one of the few keyboards that has a number row on top, just like a real physical keyboard. ai.type also has a huge theme market where you can customize your keyboard with a huge library of custom themes.You can buy it for $2.99, and there are other in-app purchases like custom themes. Google's Gboard is an excellent free alternative to swipe typing and Google Translate.

If your Android phone doesn't have Google's pre-installedGboardkeyboard, then you should definitely add it to your keyboard inventory.It has a small, sophisticated look and supports swipe typing and top-row quick-access buttons for emoji, GIFs, settings, voice recognition, and more.Gboard There are also innovative features like built-in Google Translate, which converts your text into other languages ​​as you type.and,Gboardis completely free. Fleksy is a minimalist keyboard with excellent predictive typing.

FleksyIt is the representative of traditional, minimalistic keyboard.The downside is that it doesn't have swipe typing, but you can still swipe right to add spaces, or left to delete words, and it offers excellent predictive text suggestions.You can also theme your keyboard, but most add-on themes cost extra, butFleksyIt's free. Grammarly adds spelling and grammar suggestions to the top row of the keyboard.

As a well-known browser plug-in,GrammarlyHas been well received by the majority of users.In fact, on Android phones, you can also consider it.Grammarly Its suggestions have been integrated into the keyboard, with guidance displayed in a row at the top of the keyboard - Grammarly checks words as you type and provides spelling, grammar, punctuation and synonym suggestions on the go.The basic functionality of the keyboard is free, but like the Grammarly browser plugin, you can upgrade to the premium version for additional fluency suggestions that can help you gain clarity, tone, and formality. SwiftKeyOne of the most popular Android keyboards, and for good reason.It was originally developed independently and was later acquired by Microsoft. SwiftKey offers a powerful sliding keyboard and superb predictive typing.Not only does it support a ton of languages, but like Gboard, it can translate between languages ​​in real-time as you type.You can also make the keyboard float anywhere on the screen, tilt it when typing with one hand, or spread it apart when typing with two thumbs. There is quite a long learning curve behind Minuum, but it saves a lot of screen space.

Few keyboards look likeDrink, the use of this keyboard is definitely an acquired habit.The name is a rendition of the word "minimum," as it compresses a standard QWERTY keyboard into a single line of letters, arranged in an awkward, uneven fashion.The advantage of this is that you can display a large number of documents on the screen that are traditionally covered by the keyboard.And, it's not difficult, you just tap with two fingers and the keyboard instantly becomes a full-size QWERTY keyboard, and with another tap, the keyboard shrinks again.The bad news is that learning to use it is a test of patience, and it's especially difficult until you get the hang of it. Minum sells for $3.99, but there's a 30-day trial period, so you'll have time to make your choice. Typewise makes you feel like typing on a hive.

Typewise eschews the traditional square keys of hexagons. Typewise claims that larger targets are easier to hit and improve your accuracy.The keyboard's honeycomb look isn't the only novel feature here, Typewise also boosts your typing speed with gestures like swiping up to capitalize letters, holding down to trigger special characters, and swiping left to delete.It doesn't have swipe typing, as it's not compatible with Typewise's keyboard placement, but Typewise is fairly fast once you get used to its input method.You can try this Typewise for free, but after that it costs $1.99 per month, or you can opt for a one-time lifetime fee of $24.99.

Address of this article:https://www.kkgcn.com/1508.html
Copyright Notice:The article only represents the author's point of view, the copyright belongs to the original author, welcome to share this article, please keep the source for reprinting!
0People like
share it:
PREVIOUS:How to Install Google Docs, and the 9 Best Google Docs Addons for Students and Writers
NEXT:The Best Screencasting Apps of 2022