There are many in the worldAndroidPhones, from Samsung's Galaxy S22 and S22 Ultra to Google's Pixel 6, all have a way to take screenshots.However, capturing the screen isn't as simple as pressing a single button, and at one point, it can be a frustrating experience, especially when you're trying to capture a specific scene in motion, like in a video clip or game — — or the beauty that flashes across the screen, when you try to take a screenshot, you may not be ready for it.

Fortunately, someAndroidPhones offer different ways to quickly capture what's on the screen, unlike iPhones, which have only one way to take screenshots.Next, let's take a look at the standard method for taking screenshots for all Android phones, as well as details on how to take screenshots on Samsung, Pixel, and Motorola devices.

How to take a screenshot on an Android device

Almost the standard way of taking a screenshot on an Android phone or tablet is to quickly press the volume and power buttons, just press them at the same time and wait a moment - when you let go, you'll hear the camera shutter click sound, your screen will flash, and you'll see a thumbnail of your screenshot displayed at the bottom of the screen.

If for some reason this doesn't work, then you can press and hold the power button for a few seconds, then tap Screenshot when it appears on the screen. 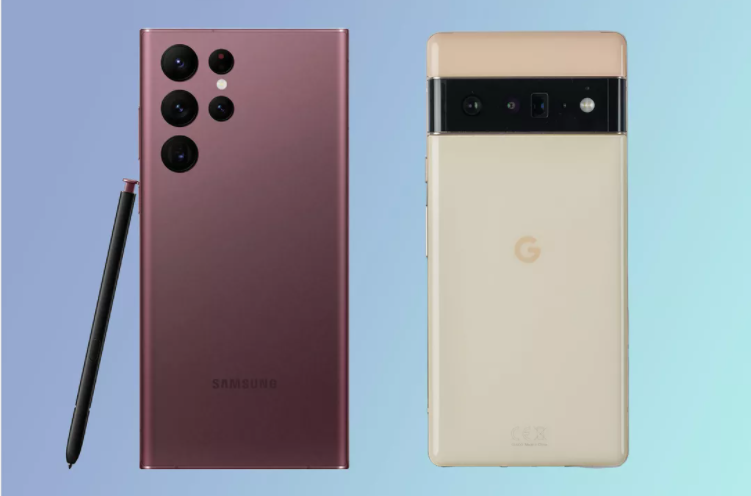 Galaxy S22 Ultra and Pixel 6 screenshots by pressing the volume down and power buttons.

If you want a long scrolling screenshot (available only on Android 12), take a screenshot as usual, but this time tap the double arrow icon in the screenshot preview.It may also be marked as "catch more".Each time you click the two arrows, it will extend the length of the screenshot until you reach the bottom of the page.

Also, timing is important.If you hold down the button too long or let it go too quickly, you might find yourself staring at your phone waiting for it to do something and nothing happens.Or worse, you might get to the restart screen and have no idea how to get back (just press the home button).

Samsung has a variety of screenshot tools There are several ways to take screenshots on Samsung's Galaxy phones.

Swipe to capture: To turn on palm swipe gestures, you need to go to Settings > Advanced Features > Motions & Gestures and slide the switch next to Palm Swipe to capture to the On position.With the option turned on, slide the edge of your hand from the left edge of the display to the right to take a screenshot.It might feel a little weird at first, but for anyone struggling with timing the button combo, it's a more reliable method.

Using your voice: As long as you have Bixby Voice or the Google Assistant enabled, you can use voice commands to take screenshots.Just say "Take a screenshot" and either of the two assistants should be able to capture your screen without requiring your hands.

S Pen: Remove the S Pen and go to the screen you want to capture.Now, tap the Air Commands menu icon > Screen Write to take a screenshot of the page you're on.You can then use the S Pen to write or draw on the screenshot.Click the save icon when done. Swipe up and tap Screenshot to take a quick screenshot on the Pixel 6.

As long as you're running Android 12, you can use the unique swipe gesture to take a screenshot on the Pixel 6.All you need to do is swipe up from the bottom of the screen and place your finger on the screen for a second.This will open your app drawer showing all recently opened apps.To capture the screen, tap Screenshot.

Additionally, you can use Google Assistant to take screenshots with just your voice on the Pixel.It's so much fun that you can say, "Hey Google, take a screenshot and send it to Henry" and do multiple things with just one simple voice command. It's also very interesting if you have a Motorola phone, because it's full of special gestures, like a quick wrist twist to open the camera, or take a screenshot.

You'll need to open the Moto app in the app drawer, then select Moto Actions and tap the three-finger screenshot in the options list. There's a quick demo built into the Settings section that lets you try out the feature before enabling it.The process involves placing three fingers on the screen at the same time, spread out slightly, until you see a screenshot.

When you are tired of the traditional way of taking screenshots, or want to take screenshots faster, you can try the above methods, which may be very convenient at some point.

Address of this article:https://www.kkgcn.com/1439.html
Copyright Notice:The article only represents the author's point of view, the copyright belongs to the original author, welcome to share this article, please keep the source for reprinting!
0People like
share it:
PREVIOUS:How to Measure Your Heart Rate on iPhone (Google Fit Can Do It)
NEXT:How to Close or Force Quit Apps on Apple Watch